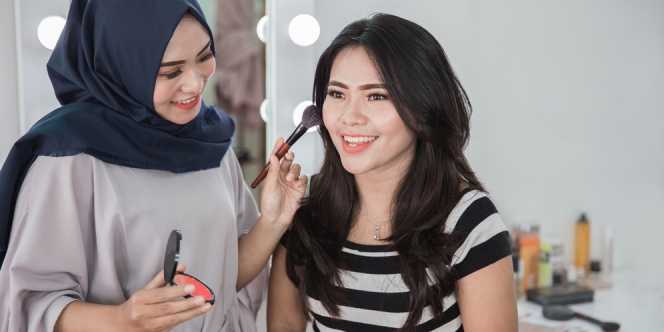 Consul General R.I Jeddah, M Hery Saripudin, said that based on statistical data up to October 2017, essential oil and reinoids products belonging to cosmetics are growing.

“Indonesia’s opportunity to increase the value of export is wide open and this should be able to be utilized by Indonesian business world especially for cosmetic commodities,” he said.

Director of ITPC Jeddah, Gunawan, said that the Economic and Trade Team of the Consulate General in Jeddah will continue to play the role of service to the people of Indonesia and Saudi businessmen.

Finally, Gunawan said that he has provided information on the availability and introduction of new products from Indonesia to Tamaiz Asia Trading and Marketing.

“Tamaiz Asia has been importing Indonesian products since 1998,” Gunawan said.

Until now the Economic and Trade Team has helped facilitate Tamaiz to be able to get supply of fresh fish and frozen fish from Sulawesi, East Java, as well as Eastern Indonesia.

Tamaiz Asia also conveyed his interest in other Indonesian products such as instant noodles and tropical fruit chips products.

Indonesian products imported from Indonesia are still limited to cosmetic products and medicines as well as charcoal products.

Total products imported from Indonesia are 4 to 5 containers every month with transaction value of more than US $ 1 million, equivalent to Rp13 billion every year.