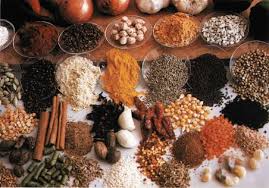 Indonesia, with more than 17,000 luxuriant tropical islands, is the world’s largest archipelago in the world. It lies across the Equator and spans a distance equivalent to one-eighth of the Earth’s circumference. The chain of islands extends 5,100 kilometers from the West to the East and 2,000 kilometers from the North to the South. Situated southeast of the Asian mainland and north and northwest of Australia, this string of emeralds is cast between the Indian and the Pacific oceans. This equatorial country represents a unique combination of geographical features and geo-economic position. Indonesia is encompassed by a major juncture of the Earth’s tectonic plates and encircled by “the ring of fire” of the world. These factors have created a highly diverse environment that is rich in natural resources (oil, iron, gold, tin, nickel) as well as bio-resources with high levels of both terrestrial and marine biodiversity. Thanks to its equatorial position, Indonesia is covered by primary tropical rainforests with a rich natural history. As such, Indonesia provides optimum climatic conditions and geological features that support floral species of tropical origins which include all of the major spices such as pepper, capsicum (or chilly pepper), vanilla, cinnamon, cloves, nutmeg and ginger. With such specific natural endowments, since thousands of years ago, Indonesia had been well known as the Spice Islands.

Historians have noted that Indonesia had become the focus of attention from traders since 300 B.C. or possibly earlier. Chinese, Indian and Arab merchants followed by European powers sought out the riches of Indonesian major spices of the time, such as cloves and nutmeg. Nutmeg was native to the Banda Islands of the eastern Maluku (Moluccas), and cloves were originally found in the Moluccan islands of Bacan, Halmahera, Ternate, and Tidore. Pepper which originated from the hilly areas of western part of India found a new home in Indonesia centuries ago, as the country provides proper wet tropical climatic condition where the plant can flourish. Vanilla which was the native plant from Mexico also found a suitably proper hot and moist climate in Indonesia. There was also Indonesian cinnamon, cinnamomum burmannii, mostly found in Sumatera, which was also a major part of trade in antiquity. Ginger originated from China was brought to Indonesia to be cultivated on the suitable tropical soils. Chili pepper, which was an indigenous plant of the wet forests of Amazonia and the semi-arid regions of Brazil and Bolivia, found a suitable habitat of tropical climate to grow well. In this booklet, five major Indonesian spices will be profiled: pepper, vanilla, cinnamon and nutmeg, the major Indonesian spice exports, plus clove.