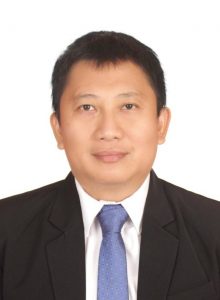 Before serving as public servant, he worked as editor in Mizan Publishing Company and researcher in Center for Study of Religion and Culture, UIN Jakarta. Previously, served as Deputy Director of ITPC Budapest from 2014-2017 and as Head of Sub Division in Media Relations in Commodity Futures Trading Regulatory Agency from 2018-2019. Started his career in the Ministry of Trade as Public Relations Officer from 2008.