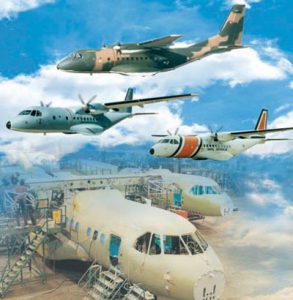 Aerospace is the space that surrounds and encompasses the earth, composed of air space and space. It usually refers to an industry that researches, designs, manufactures, and launches, and maintains an aircraft that flies into space. Aerospace is a broad term, used in the commercial, industrial and military fields.

In most industrialized countries, aerospace industry is cooperation between private and public industries. For example, some countries have aerospace programs under government command such as NASA in the United States, ESA in Europe, Canadian Space Agency in Canada, Indian Space Research Organization in India, Roskosmos in Russia, China National Space Administration in the People’s Republic of China Iranian counterparts in Iran and SUPARCO in Pakistan.

Together with the public space program, many companies are making tools and technical components such as satellites and spacecraft. Some well-known companies that work in space programs are Lockheed Martin, Northrop Grumman, EADS, and Boeing. The company also participates in other aerospace areas such as aircraft manufacturing. Many countries have transport companies, such as Air France, Air India, etc. In Indonesia one of the aerospace industry developer company is PT DI (PT Dirgantara Indonesia) in Bandung.