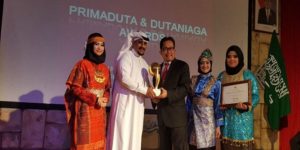 “The awards ceremony of Primaduta and Duta Niaga is a tradition of the Consulate General in Jeddah to appreciate and enhance the ties of economic and trade cooperation between the two countries,” said JULY Consul General M Hery Saripudin, through an official statement to Dream on Tuesday, December 13, 2017. 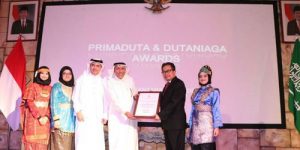 Meanwhile, Vice Chairman of Jeddah Chamber of Commerce and Industry, Ziyad Basal al Basam appreciated the award. Ziyad wants cooperation between Indonesia and Saudi Arabia not only limited to economy and trade only.

“But relationships in various sectors are good investment, tourism, and other sectors,” said Ziyad.

Indonesia’s total non-oil and gas exports only supply 12.80 percent of Saudi Arabia’s total imports in the same period in September 2017.